VR ZONE: Project I Can

Last week, I had the great pleasure to be part of an exclusive two hour-long virtual reality (VR) experience session at Bandai Namco Entertainment Inc.

Bandai Namco is currently holding one of Japan’s biggest Virtual Reality events at Diver City, Odaiba/Tokyo. An event that is trying to revolutionize the Japanese arcade game industry by using unique interfaces/experiences that cannot be easily be replicated at home. The company’s latest experiment is a virtual reality based event called „VR Zone: Project I Can“.

While I’ve called them VR „games“ first, it should be noted that some of the setups were more full 4D event-based amusements, that cannot be replicated at home. All of them are using the latest „HTC Vive“ tech headset, though with some form of bespoke controls befitting the game in question.

This was the first ever mecha piloting game I’ve played on a VR headset…and I gotta say: This was an extremely satisfying experience! Although it was mostly based on a rail shooter scheme, the simple fact that you’re put in a giant mecha cockpit flying around huge areas, really gives you a sense of control and immersiveness that nobody has ever been able to simulate in a video game. Did I mention that I wasn’t alone in that cockpit? Yup, you get your own (hentai-ish) AI humanoid „Eine“ walking around inside the cockpit, providing you with „useful“ tips (See picture). Not to mention that her constant calling of you as the “master” as well as her boob jiggle was more than a little creepy. That said, I enjoyed it and definitely think there is something here so long as they open up the movement and sort out some decent enemy scripting in terms of the spawning.

No virtual reality setup would be complete without a skiing simulator and this was decently done. Placing your feet in the ski controls on the floor allowed you to steer. The overall experience was convincing enough and it looked amazing too. It was also fairly realistic in the sense that if you didn’t judge your speed and turns properly you smashed into the scenery. Thankfully, you re-spawned quickly enough and that kept the flow going. Also worth mentioning is the addition of 4D effects such as cold air blowing in your face via a fan as you gain speed in the game). This kind of game definitely proves that VR is an experience that benefits most from 4D setup. Making it more of an „arcade“ experience rather than a tech gimmick that you would use at home.

The setup has you take an elevator 200 meters up to rescue a kitten at the end of a plank. Once the doors open, you are very exposed and I had genuine trouble dealing with this. After reminding myself it wasn’t real, I eventually managed to move forward, though I had to get down on all fours and crawl in order to do so. I eventually saved the kitten and brought it back to its mother downstairs. Of all the events, this was one of the most compelling but it was very staged and had a lot of bespoke support, in terms of people waiting around just in case you freaked out.

This was one the biggest highlights at this event, mainly because I can’t stand haunted mansions/ horror movies. But this type of game might be VR’s main attraction, I think. Horror games are quite simple to create on VR. All you need is a motion controller (which can be used as a flashlight) and a rail shooter software. I am not going to give you all gore details of that game. But it is fair to say that this 20 min long trip through a Silent Hill-ish haunted hospital left us a bit traumatized. Pitch black rooms, shock moments and bloody torture cut scenes (happening right in front your eyes), are just a few notable features of this VR experience.

Our #RetroSaviour team is convinced: VR is here to stay.

However, we are not really sure whether this technology will actually make it into our living rooms. Bandai Namco gave us already a great overview of what future „arcade“ spaces may look like. Building Virtual Reality parks and entertainment areas might well be VR’s best bet for now.

All pictures courtesy of Bandai Namco 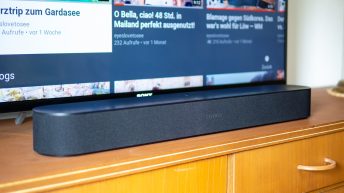 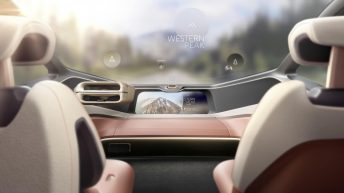