Tijuana – the trip that should have never been

So as you probably have read, we went on this cool road trip. Naturally, we had to start in San Francisco. From there on we drove all the way to San Diego. We spent a day in Silicon Valley, one day by the beach of Monterey/Carmel and took in the breathtaking views of Big Sur. After that we visited Solvang (a historic Danish town in Santa Barbara County), took that mandatory stroll in Santa Barbara, had some fun on Hollywood Blvd. and ended up in San Diego.

How we got there

You may be wondering how all this is connected to Mexico, but you will understand in a moment. See, we had this perfect trip planned that kept us busy all the time. So on a Monday evening, while we were having dinner at this amazing Italian restaurant in Coronado I can’t remember the name of (and with about half of our trip left), for the first time we found ourselves without plans for the rest of the evening. This lack of intensity made us feel uncomfortable. One of us suggested going to Mexico (as a joke of course). Well since we had nothing else to do and the border of Mexico was like 15 minutes from our hotel, we suddenly looked at each other and had one of these moments where we all knew that this joke will happen.

Not knowing that this would be a tremendous mistake we ate up and payed as fast we could. Then we stopped by our hotel to grab our passports and left to Mexico without even knowing where exactly to go. Our so called plan was to navigate to the spot marked “Tijuana” on Google Maps (yes, we were that naive). When we arrived at the Mexican border our rental car was inspected thoroughly. We had to open the hood, the trunk and the Mexican authorities checked whether there was anything malicious going on underneath the car.

What we did there

That inspection, believe it or not, was pretty much our only conversation on Mexican soil with Mexican people. Because, as I said, we navigated to the exact spot marked “Tijuana” on Google Maps. And once we got there, we realized a set of factors that made our stay, let’s just say, slightly inconvenient and very awkward.

So basically all we really did in Tijuana was to drive around in what was clearly a dangerous part of town at a not so well chosen time. Though we didn’t actually see any criminal behavior the atmosphere (created by the people walking around) seemed unsafe.

Trying to get back

All this made us realize that we should head back to the border and call it a night. Were it only that simple. We thought that there would be enough signs and a main road leading to the border. It turns out there was only one sign leading us to a roundabout. Interestingly enough, this roundabout was surrounded by walls. Each exit had an opening through the wall. For the life of us, we couldn’t find our exit. So basically we were driving in a circle for about 5 minutes. We kept getting back to the start and trying to read the signs carefully in the hopes of finding that one detail that would lead us back to the U.S. We failed. So we were forced to check out every exit.

Now I must be honest – this one part of the story is a little fuzzy – but we somehow managed to find that exit in the roundabout which was very narrow and hard to see. At this point we thought we’d be back in our beds in half an hour.

I cannot stress enough how naïve we were. As soon as we got out of that roundabout we entered a road (4 to 5 lanes) leading to the border control. This road was packed with cars that weren’t moving due to the border control. We were in that line for one hour, during which Mexicans were trying to sell us anything from socks and CD’s to food. Even as we pulled up the windows they were quite persistent. Other people, who apparently cross this border frequently and knew what was awaiting them, got off the car to walk around a little. After standing in line for one hour we were called for a “random check” – I don’t buy the random part – which also took about an hour. Better said we had to wait an hour until an immigration officer had time to ask us several questions, one of them being why we were in Mexico for such a short period of time. After he let us go we drove to our hotel and straight into bed. Without any doubt this was a night we will never forget. And more importantly we had a good humor about it. 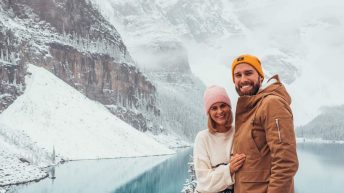 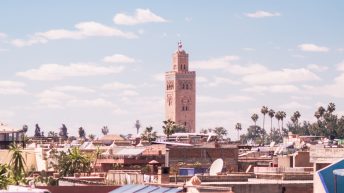 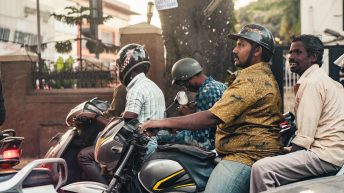